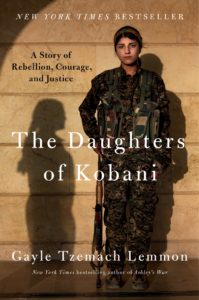 THE DAUGHTERS OF KOBANI

A STORY OF REBELLION, COURAGE AND JUSTICE

“The Daughters of Kobani is an unforgettable and nearly mythic tale of women’s power and courage. The young women profiled in this book fought a fearsome war against brutal men in impossible circumstances—and proved in the process what girls and women can accomplish when given the chance to lead. Brilliantly researched and respectfully reported, this book is a lesson in heroism, sacrifice, and the real meaning of sisterhood. I am so grateful that this story has been told.” —Elizabeth Gilbert, author of Big Magic and Eat, Pray, Love

“Absolutely fascinating and brilliantly written, The Daughters of Kobani is a must-read for anyone who wants to understand both the nobility and the brutality of war. This is one of the most compelling stories in modern warfare.” —Admiral William H. McRaven, author of Make Your Bed
In 2014, northeastern Syria might have been the last place you would expect to find a revolution centered on women’s rights. But that year, an all-female militia faced off against ISIS in a little town few had ever heard of: Kobani. By then, the Islamic State had swept across vast swaths of the country, taking town after town and spreading terror as the civil war burned all around it. From that unlikely showdown in Kobani emerged a fighting force that would wage war against ISIS across northern Syria alongside the United States. In the process, these women would spread their own political vision, determined to make women’s equality a reality by fighting—house by house, street by street, city by city—the men who bought and sold women.
Based on years of on-the-ground reporting, The Daughters of Kobani is the unforgettable story of the women of the Kurdish militia that improbably became part of the world’s best hope for stopping ISIS in Syria. Drawing from hundreds of hours of interviews, bestselling author Gayle Tzemach Lemmon introduces us to the women fighting on the front lines, determined to not only extinguish the terror of ISIS but also prove that women could lead in war and must enjoy equal rights come the peace. In helping to cement the territorial defeat of ISIS, whose savagery toward women astounded the world, these women played a central role in neutralizing the threat the group posed worldwide. In the process they earned the respect—and significant military support—of U.S. Special Operations Forces.
Rigorously reported and powerfully told, The Daughters of Kobani shines a light on a group of women intent on not only defeating the Islamic State on the battlefield but also changing women’s lives in their corner of the Middle East and beyond. 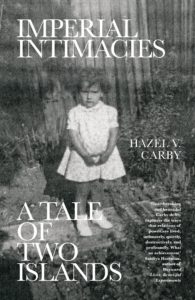 A TALE OF TWO ISLANDS

A haunting and evocative history of British empire, told through one woman’s family story

“Where are you from?” was the question hounding Hazel Carby as a girl in post-war London. One of the so-called brown babies of the Windrush generation, born to a Jamaican father and Welsh mother, Carby’s place in her home, her neighbourhood, and her country of birth was always in doubt.
Emerging from this setting, Carby untangles the threads connecting members of her family in a web woven by the British Empire across the Atlantic. We meet Carby’s working-class grandmother Beatrice, a seamstress challenged by poverty and disease. In England, she was thrilled by the cosmopolitan fantasies of empire, by cities built with slave-trade profits, and by street peddlers selling fashionable Jamaican delicacies. In Jamaica, we follow the lives of both the “white Carbys” and the “black Carbys,” including Mary Ivey, a free woman of colour, whose children are fathered by Lilly Carby, a British soldier who arrived in Jamaica in 1789 to be absorbed into the plantation aristocracy. And we discover the hidden stories of Bridget and Nancy, two women owned by Lilly who survived the Middle Passage from Africa to the Caribbean.
Moving between Jamaican plantations, the hills of Devon, the port cities of Bristol, Cardiff, and Kingston, and the working-class estates of South London, Carby’s family story is at once an intimate personal history and a sweeping summation of the violent entanglement of two islands. In charting British empire’s interweaving of capital and bodies, public language and private feeling, Carby will find herself reckoning with what she can tell, what she can remember, and what she can bear to know. 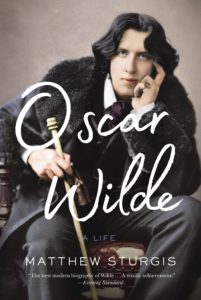 Drawing on material that has come to light in the past thirty years, including newly discovered letters, documents, first draft notebooks, and the full transcript of the libel trial, Matthew Sturgis meticulously portrays the key events and influences that shaped Oscar Wilde’s life, returning the man “to his times, and to the facts,” giving us Wilde’s own experience as he experienced it.
Here, fully and richly portrayed, is Wilde’s Irish childhood; a dreamy, aloof boy; a stellar classicist at boarding school; a born entertainer with a talent for comedy and a need for an audience; his years at Oxford, a brilliant undergraduate punctuated by his reckless disregard for authority . . . his arrival in London, in 1878, “already noticeable everywhere” . . . his ten-year marriage to Constance Lloyd, the father of two boys; Constance unwittingly welcoming young men into the household who became Oscar’s lovers, and dying in exile at the age of thirty-nine . . . Wilde’s development as a playwright. . . becoming the high priest of the aesthetic movement; his successes . . . his celebrity. . . and in later years, his irresistible pull toward another—double—life, in flagrant defiance and disregard of England’s strict sodomy laws (“the blackmailer’s charter”); the tragic story of his fall that sent him to prison for two years at hard labor, destroying his life and shattering his soul. 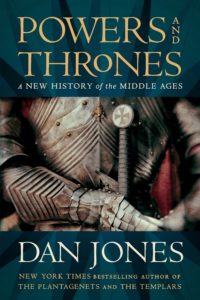 A NEW HISTORY OF THE MIDDLE AGES

When the once-mighty city of Rome was sacked by barbarians in 410 and lay in ruins, it signaled the end of an era–and the beginning of a thousand years of profound transformation. In a gripping narrative bursting with big names—from Sts Augustine and Attila the Hun to the Prophet Muhammad and Eleanor of Aquitaine—Dan Jones charges through the history of the Middle Ages. Powers and Thrones takes readers on a journey through an emerging Europe, the great capitals of late Antiquity, as well as the influential cities of the Islamic West, and culminates in the first European voyages to the Americas.
The medieval world was forged by the big forces that still occupy us today: climate change, pandemic disease, mass migration, and technological revolutions. This was the time when the great European nationalities were formed; when the basic Western systems of law and governance were codified; when the Christian Churches matured as both powerful institutions and the regulators of Western public morality; and when art, architecture, philosophical inquiry and scientific invention went through periods of massive, revolutionary change.
The West was rebuilt on the ruins of an empire and emerged from a state of crisis and collapse to dominate the world. Every sphere of human life and activity was transformed in the thousand years covered by Powers and Thrones. As we face a critical turning point in our own millennium, Dan Jones shows that how we got here matters more than ever. 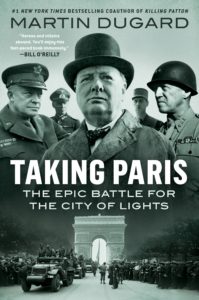 THE EPIC BATTLE FOR THE CITY OF LIGHTS

WINNER OF THE NOBEL PEACE PRIZE • In this “courageous” (The Washington Post) memoir of survival, a former captive of the Islamic State tells her harrowing and ultimately inspiring story.

May 1940: The world is stunned as Hitler’s forces invade France with a devastating blitzkrieg aimed at Paris. Within weeks, the French government has collapsed, and the City of Lights, revered for its carefree lifestyle, intellectual freedom, and love of liberty, has fallen under Nazi control—perhaps forever.

As the Germans ruthlessly crush all opposition, a patriotic band of Parisians known as the Resistance secretly rise up to fight back. But these young men and woman cannot do it alone. Over 120,000 Parisians die under German occupation. Countless more are tortured in the city’s Gestapo prisons and sent to death camps. The longer the Nazis hold the city, the greater the danger its citizens face. As the armies of America and Great Britain prepare to launch the greatest invasion in history, the spies of the Resistance risk all to ensure the Germans are defeated and Paris is once again free.
The players holding the fate of Paris in their hands are some of the biggest historical figures of the era: Winston Churchill, Franklin Roosevelt, General George S. Patton, and the exiled French general Charles de Gaulle, headquartered in London’s Connaught Hotel. From the fall of Paris in 1940 to the race for Paris in 1944, this riveting, page-turning drama unfolds through their decisions—for better and worse. Taking Paris is history told at a breathtaking pace, a sprawling yet intimate saga of heroism, desire, and personal sacrifice for all that is right.

AT THE BRITISH MUSEUM – HOKUSAI THE GREAT PICTUREBOOK OF EVERYTHING