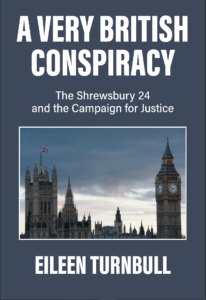 THE SHREWSBURY 24 AND THE CAMPAIGN FOR JUSTICE

When a group of North Wales building workers were put on trial for picketing-related offences during the first and only national building workers strike in Britain, it not only had a profound and lifelong impact upon them and their families. It also was a turning point for halting the growth of trade unionism in the building industry, from which it has never recovered.

Using newly available material that Eileen Turnbull discovered in various archives whilst searching for the fresh evidence that would get the pickets convictions referred to the Court of Appeal, A British Conspiracy uncovers government and police documents that show the careful planning of the prosecution of the North Wales building workers. It brings into focus the secrecy surrounding the actions of the police and the government in the five months between the end of the strike in September 1972 and the arrest of the pickets on the 14 February 1973. It shows how the state used the criminal justice system to halt effective picketing by workers during industrial disputes. It reveals that common law offences were carefully selected to overcome the prosecutions’ problems of a lack of hard evidence.

The premature death of one of the convicted pickets was a catalyst for a group of trade unionists in the North West to come together in 2006 to organise a campaign. In February 2021, their appeal against the convictions was finally successful. The book describes, through their own words, how the pickets and their families felt after forty-seven years being ostracised and considered as criminals in their communities, as well as the response of the six core Campaign Committee members who had brought this historic victory about. 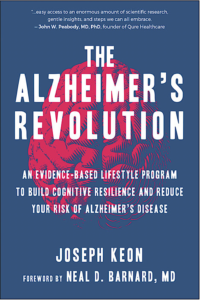 The Alzheimer’s Revolution is the all-in-one guidebook for taking control of your risk factors and reclaiming your overall health.

Based on cutting-edge research and the most up-to-date studies, Joseph Keon identifies the risk factors that anyone can control and shatters the myth that Alzheimer’s is caused just by genes. The Alzheimer’s Revolution also provides proven strategies to improve cognition and slow progression in those who have already been diagnosed.

The Alzheimer’s Revolution offers a scientific and evidence-based lifestyle program designed to build cognitive resilience that can dramatically reduce the risk of this devastating condition. Alzheimer’s disease is the number-one public health crisis of our time. It’s time to turn our attention and resources toward prevention. 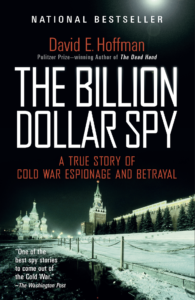 A TRUE STORY OF COLD WAR ESPIONNAGE AND BETRAYAL

NATIONAL BESTSELLER • A Washington Post Notable Book of the Year • Drawing on previously classified CIA documents and on interviews with firsthand participants, The Billion Dollar Spy is a brilliant feat of reporting and a riveting true story of intrigue in the final years of the Cold War.

It was the height of the Cold War, and a dangerous time to be stationed in the Soviet Union. One evening, while the chief of the CIA’s Moscow station was filling his gas tank, a stranger approached and dropped a note into the car. The chief, suspicious of a KGB trap, ignored the overture. But the man had made up his mind. His attempts to establish contact with the CIA would be rebuffed four times before he thrust upon them an envelope whose contents would stun U.S. intelligence. In the years that followed, that man, Adolf Tolkachev, became one of the most valuable spies ever for the U.S. But these activities posed an enormous personal threat to Tolkachev and his American handlers. They had clandestine meetings in parks and on street corners, and used spy cameras, props, and private codes, eluding the ever-present KGB in its own backyard—until a shocking betrayal put them all at risk. 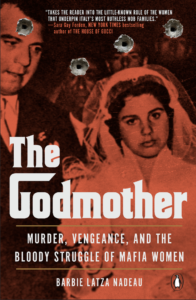 MURDER, VENGEANCE, AND THE BLOODY STRUGGLE OF MAFIA WOMEN

The chilling story of one woman’s rise to prominence in the Italian Mafia, and the as-yet untold stories of the women who followed in her footsteps.

For as long as it has gripped our imaginations, the Mafia has been tied to an ingrained image of masculinity. We read about “made men,” “wiseguys,” and “goodfellas” leading criminal organizations whose culture prizes machismo, with women as ancillary and often-powerless characters: trivialized mistresses and long-suffering mob wives. The reality is far more complex.

In The Godmother, investigative journalist Barbie Latza Nadeau tells the stories of the women who have risen to prominence, and fallen out of favor, in the Italian mob, beginning with the most infamous of these women: Pupetta Maresca. A Mafia woman born and raised, Pupetta avenged her husband’s murder, firing 29 shots at the man who killed him.

Woven throughout Pupetta’s story is Nadeau’s diligent research, and her personal interviews with the Mafia women themselves. Nadeau takes readers inside the Mafia families to paint a complete and complex portrait of the real culture that has shaped the Mafia, and the women who are part of it.

Leaving behind the stereotypes we know from Mafia movies, The Godmother shows the Mafia in an entirely new light: full-fledged, ruthless, twenty-first-century criminal enterprises led by whoever is strong enough and smart enough to take control. 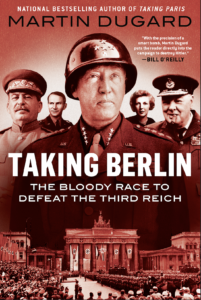 THE BLOODY RACE TO DEFEAT THE THIRD REICH

From Martin Dugard, author of Taking Paris and the #1 New York Times bestselling coauthor of Bill O’Reilly’s Killing series, comes a nonfiction thriller about the race between the Allies and Soviets to conquer the heart of Nazi Germany.

“Spectacular… Taking Berlin is certain to be a massive hit with fans of both history and thrillers alike.”—Mark Greaney, bestselling author of the Gray Man series • “With the precision of a smart bomb, Martin Dugard puts the reader directly into the campaign to destroy Hitler.”—Bill O’Reilly • “Gripping, popular history at its page-turning best.”—Alex Kershaw

Fall, 1944. Paris has been liberated, saved from destruction, but this diversion on the road to Berlin has given the Germans time to regroup. The American and British armies press on from the west, facing the enemy time and again in the Hurtgen Forest, during the Market-Garden invasion, and at the Battle of the Bulge, all while American general George Patton and British field marshal Bernard Montgomery vie for supremacy as the Allies’ top battlefield commander.

Meanwhile, the Soviets begin to squeeze Hitler’s crumbling Reich from the east. Led by Generals Zhukov and Konev, the Red Army launches millions of soldiers, backed by tanks, artillery, and warplanes, against the Germans, leaving death and scorched earth in their wake, pushing the Wehrmacht back toward their fatherland. As both the Anglo-American alliance and the Soviets set their sights on claiming the capital city of Nazi Germany, Churchill seeks to ensure Britain’s place in a new world divided by Roosevelt’s America and Stalin’s Soviet Union.

With a sweeping cast of historical figures, Taking Berlin is a pulse-pounding race into the final, desperate months of the Second World War and toward the fiery destruction of the Thousand-Year-Reich, chronicling a moment in history when allies become adversaries.

CEZANNE, THE MASTER OF PROVENCE