The increased digitalisation brought about by the pandemic has significantly influenced the functioning of every aspect of our society. Since the beginning of the COVID-19 pandemic, criminals have adapted to the new rules and restrictions and exploited those most vulnerable as a result. Migrant smugglers and human traffickers in particular have continued to thrive in spite of these changes, and they have adapted the way they recruit, transport and exploit victims.

Europol’s Executive Director Catherine De Bolle said: “Migrant smuggling and human trafficking networks are highly dynamic and use any crisis as an opportunity to increase their illegal profits. More digitalised than ever, they abuse social media platforms, mobile applications and encrypted communication tools to offer their illegal services, organise their logistics and secure their profits. Swift information exchange, cross-border cooperation and online referrals, facilitated by Europol, have proven instrumental in tackling these smugglers and traffickers. The information shared by Member States with Europol has been the backbone of the analytical support we have provided to more than 800 priority investigations over the past six years. Europol will further strengthen its partnership with the authorities of Member States and other EU bodies and will forge new alliances in Europe and beyond to curb these crimes, both in the digital and the physical space.”

The Head of the European Migrant Smuggling Centre Robert Crepinko added: “There are numerous reasons to believe that the law enforcement community has never been better connected, better trained, or better equipped to counter the criminal activities of migrant smugglers and human traffickers. Yet there is still a lot to be done. Rapid technological developments in particular are forcing Europol’s EMSC to join forces in order to shape new investigative techniques. Europol remains the perfect platform for fostering law enforcement innovations.”

2021 has seen an increase of the role that digital technologies play in migrant smuggling and the trafficking of human beings. Migrant smugglers have expanded their use of social media platforms and mobile applications in order to offer their illegal services. Human traffickers have abused the anonymity of the internet environment to target vulnerable individuals and then exploit them via both escort websites and even dating platforms. To respond to this new threat, Europol has coordinated the first referral action day targeting the facilitation of illegal immigration services offered online, amongst other responses.

HIGHLIGHTS OF THE EUROPEAN MIGRANT SMUGGLING CENTRE’S ACTIVITIES IN 2021 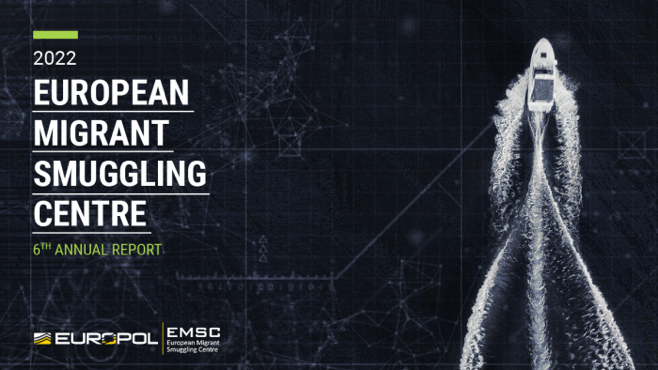 The new report by the European Migrant Smuggling Centre (EMSC) at Europol looks back at the operations supported by the centre in 2021 and the intelligence gathered. This report provides a clear outlook into the evolution of these crime areas and anticipates possible developments. It offers recommendations for enhanced preparedness in the fight against these criminal activities threatening which directly threaten the lives and dignity the lives of the victims