A worldwide enforcement operation against wildlife and timber crime coordinated by INTERPOL and the World Customs Organization (WCO) has disrupted crime networks and seen hundreds of arrests worldwide.

Thousands of cars, trucks and cargo ships suspected of transporting protected wildlife and timber were searched at checkpoints in all regions, often with specialist sniffer dogs and X-ray scanners.

CITES is the Convention on International Trade in Endangered Species of Wild Fauna and Flora, an international agreement to ensure that trade in wild animals and plants does not threaten their survival. Trade performed in breach of CITES is illegal.

Environmental crime has a direct impact on climate change, harms the livelihoods of millions of people, results in forced migration and can trigger the spread of animal-to-human viruses (zoonotic diseases).

Although results are still coming in, Operation Thunder 2021 has so far seen more than 1,000 seizures and the identification of some 300 suspects, triggering worldwide arrests and investigations linked to illegal trading, processing, exporting and importing CITES-listed wildlife and forestry products.

Further arrests and prosecutions are foreseen globally as investigations continue to unfold.

“Organized crime networks are generating billions in illicit profits every year, at significant cost to our environment as well as the associated impacts of fraud, corruption and violence,” said INTERPOL Secretary General Jürgen Stock.

“We are seeing the continued globalization of crime, which means only an international response can be effective, as demonstrated with this latest Operation Thunder. Every one of our 195 member countries has a role to play in combating this threat, either directly or in the follow-up investigations,” added Secretary General Stock.

“Large-scale cross-border operations such as Operation Thunder 2021 illustrate the benefits and impact global law enforcement cooperation has in deterring wildlife crime, putting its perpetrators behind bars, and raising awareness of its devastating effects,” added Dr Mikuriya.

On the border with Mozambique, South African authorities seized 460 kg of abalone bound for China. Abalone molluscs are at critically low levels because of over-exploitation.

Polish authorities intercepted 29 illegal caviar shipments including one batch valued at USD 10,000.  International trade in all species of sturgeons is CITES-regulated.

In one of the operation’s largest plant-based seizures, the UK’s Border Force in Felixstowe seized from a maritime container 1.3 million tablets containing CITES-listed Saussurea Costus plant.

Authorities in the Netherlands intercepted 145 snakes and other reptiles in luggage at Schiphol International Airport, as well as 454 live birds, mostly African songbirds.

TRENDS IDENTIFIED SO FAR INCLUDE:

“The volume of seizures made during Operation Thunder 2021 proves how serious the transnational organized crime threat is for wild species and ecosystems across range, transit and destination countries,” said CITES Secretary General Ivonne Higuero.

“The success of Operation Thunder 2021 strongly contributes to the strategic vision of CITES Parties, and reinforces that we must work together, combining different skills, mandates and resources to reduce threats to wildlife and live in harmony with nature,” added Ms Higuero.

Police and customs shared wildlife and timber trafficking intelligence ahead of the operation enabling field officers to target specific trafficking hotspots during the tactical phase, with an emphasis on land, sea and airport border points as well as wildlife parks. 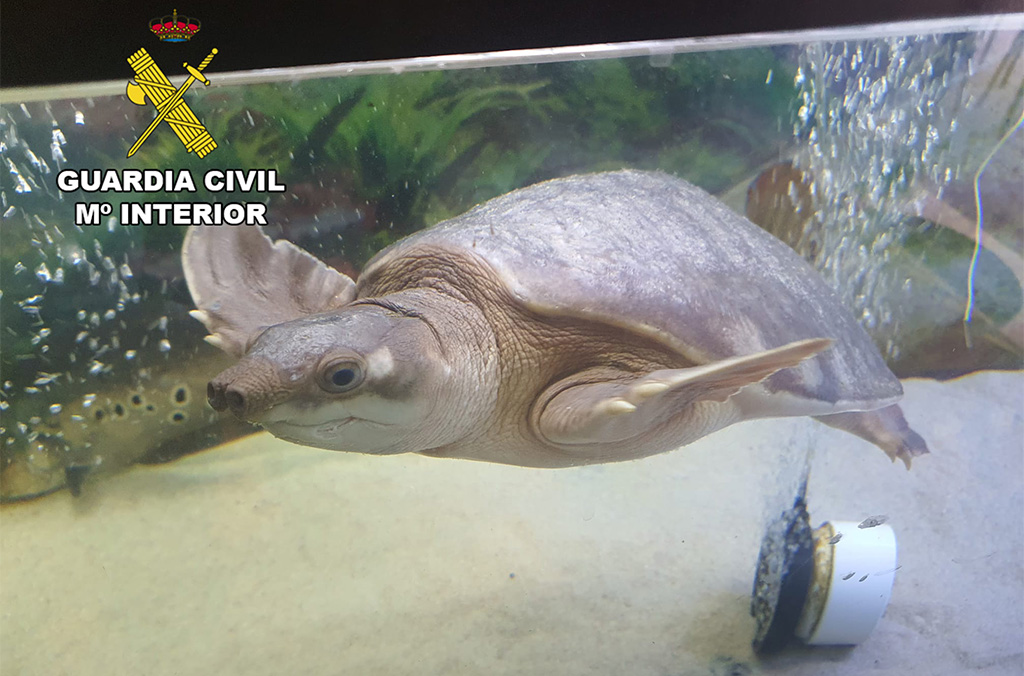 Since the first edition in 2017, Thunder operations have seen some 8,000 seizures of protected wildlife and forestry species and the arrest of more than 3,000 offenders.

Operation Thunder 2021 is the fifth in a global series initiated by the INTERPOL Wildlife Crime Working Group.  Coordinated jointly by the WCO and INTERPOL, with the backing of the CITES Secretariat and the International Consortium on Combating Wildlife Crime (ICCWC), these operational efforts are funded by the European Commission’s department for International Partnerships and the UK’s Department for Environment, Food and Rural Affairs (DEFRA) and the United States Agency for International Development (USAID).

INTERPOL’s environmental security activities are all externally funded and dependent on sustainable partnerships.

HERE’S LOOKING AT YOU The spread of face-recognition softwar