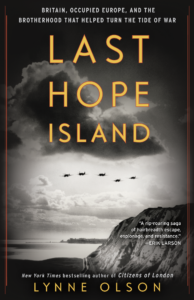 Britain, Occupied Europe, and the Brotherhood That Helped Turn the Tide of War

When the Nazi blitzkrieg rolled over continental Europe in the early days of World War II, the city of London became a refuge for the governments and armed forces of six occupied nations who escaped there to continue the fight. So, too, did General Charles de Gaulle, the self-appointed representative of free France.

As the only European democracy still holding out against Hitler, Britain became known to occupied countries as “Last Hope Island.” Getting there, one young emigré declared, was “like getting to heaven.”

In this epic, character-driven narrative, acclaimed historian Lynne Olson takes us back to those perilous days when the British and their European guests joined forces to combat the mightiest military force in history. Here we meet the courageous King Haakon of Norway, whose distinctive “H7” monogram became a symbol of his country’s resistance to Nazi rule, and his fiery Dutch counterpart, Queen Wilhelmina, whose antifascist radio broadcasts rallied the spirits of her defeated people. Here, too, is the Earl of Suffolk, a swashbuckling British aristocrat whose rescue of two nuclear physicists from France helped make the Manhattan Project possible.

Last Hope Island also recounts some of the Europeans’ heretofore unsung exploits that helped tilt the balance against the Axis: the crucial efforts of Polish pilots during the Battle of Britain; the vital role played by French and Polish code breakers in cracking the Germans’ reputedly indecipherable Enigma code; and the flood of top-secret intelligence about German operations—gathered by spies throughout occupied Europe—that helped ensure the success of the 1944 Allied invasion.

A fascinating companion to Citizens of London, Olson’s bestselling chronicle of the Anglo-American alliance, Last Hope Island recalls with vivid humanity that brief moment in time when the peoples of Europe stood together in their effort to roll back the tide of conquest and restore order to a broken continent.

We see the tobacco manufacturers come under intensifying assault as a rogue industry for knowingly and callously plying their hazardous wares while insisting that the health charges against them (a) remain unproven, and (b) are universally understood, so smokers indulge at their own risk.

Among the eye-opening disclosures here: outrageous pseudo-scientific claims made for cigarettes throughout the ’30s and ’40s, and the story of how the tobacco industry and the National Cancer Institute spent millions to develop a “safer” cigarette that was never brought to market.

Dealing with an emotional subject that has generated more heat than light, this book is a dispassionate tour de force that examines the nature of the companies’ culpability, the complicity of society as a whole, and the shaky moral ground claimed by smokers who are now demanding recompense. 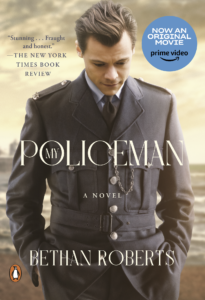 A Novel By Bethan Roberts

It is in 1950’s Brighton that Marion first catches sight of Tom. He teaches her to swim, gently guiding her through the water in the shadow of the city’s famous pier and Marion is smitten—determined her love alone will be enough for them both. A few years later near the Brighton Museum, Patrick meets Tom. Patrick is besotted, and opens Tom’s eyes to a glamorous, sophisticated new world of art, travel, and beauty. Tom is their policeman, and in this age it is safer for him to marry Marion and meet Patrick in secret. The two lovers must share him, until one of them breaks and three lives are destroyed.

In this evocative portrait of midcentury England, Bethan Roberts reimagines the real life relationship the novelist E. M. Forster had with a policeman, Bob Buckingham, and his wife. My Policeman is a deeply heartfelt story of love’s passionate endurance, and the devastation wrought by a repressive society. 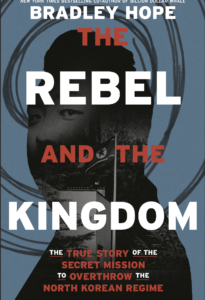 The Rebel and the Kingdom

How did an Ivy League activist become a global fugitive? The New York Times bestselling co-author of Billion Dollar Whale and Blood and Oil chronicles the heart-pounding tale of a self-taught operative his high-stakes attempt subvert the North Korean regime.

“Propulsive . . . Hope’s account is both deeply reported and novelistic.”—Ed Caesar, contributing staff writer for The New Yorker, author of The Moth and the Mountain

In the early 2000s, Adrian Hong was a soft-spoken Yale undergraduate looking for his place in the world. After reading a harrowing account of life inside North Korea, he realized he had found a cause so pressing that he was ready to devote his life to it.

What began as a trip down the safe and well-worn path of organizing soon morphed into something more dangerous. Hong journeyed to China, outwitting Chinese security services as he helped asylum-seeking North Koreans escape across the border. Meanwhile, Hong’s secret organization, Cheollima Civil Defense (later renamed Free Joseon), began tracking the North Korean government’s activities, and its volatile third-generation ruler, Kim Jong-un. Free Joseon targeted North Korean diplomats who might be persuaded to defect, while drawing up plans for a government-in-exile. After the shocking broad-daylight assassination in 2017 of Kim Jong-nam, the dictator’s older brother, Hong, along with U.S. Marine veteran Christopher Ahn, helped ferry Kim Jong-nam’s family to safety. Then Hong took the group a step further. He initiated a series of high-stakes direct actions, culminating in an armed raid at the North Korean embassy in Madrid—an act that would put Ahn behind bars and turn Hong into one of the world’s most unlikely fugitives.

In the tradition of Jon Krakauer’s Into the Wild, The Rebel and the Kingdom is an exhilarating account of a man who turns his back on the status quo—to instead live boldly by his principles. Acclaimed journalist and bestselling author Bradley Hope—who broke numerous details of Hong’s operations in The Wall Street Journal—now reveals the full contours of this remarkable story of idealism and insanity, hubris and heroism, all set within the secret battle for the future of the world’s most mysterious and unsettling nation. 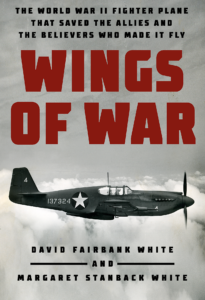 The incredible, untold story behind the rise of the P-51 Mustang, the World War II fighter plane that destroyed the Luftwaffe and made D-Day possible

“[A] fascinating book about passion and innovation.”—Walter Isaacson • “An essential book for those who appreciate tales of military bravery, and also for all seeking understanding of decision-making under pressure. A major contribution.”—E. J. Dionne, Jr.

When the P-51 Mustang began tearing across European skies in early 1944, the Allies had been losing the air war for years. Staggering numbers of bomber crews, both British and American, had been shot down and killed thanks to the Luftwaffe’s superior fighter force. Not only did the air war appear grim, but any landing of troops in France was impossible while German fighters hunted overhead. But behind the scenes, a team of visionaries had begun to design a bold new type of airplane, one that could outrun and outmaneuver Germany’s best.

Wings of War is the incredible true story of the P-51 Mustang fighter and the unlikely crew of designers, engineers, test pilots, and army officers who brought it from the drafting table to the skies over World War II. This is hardly a straightforward tale of building an airplane—for years, the team was stymied by corruption within the defense industry and stonewalled by the Army Air Forces, who failed to understand the Mustang’s potential. But when squadrons of Mustangs were finally unleashed over Hitler’s empire, the Luftwaffe was decimated within months, clearing the skies for D-Day. A compelling, character-focused narrative replete with innovation, determination, and bravery, Wings of War is the never-before-told story of the airplane that truly changed the course of World War II.