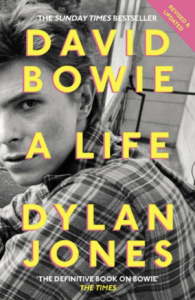 Drawn from a series of conversations between David Bowie and Dylan Jones across three decades, together with over 180 interviews with friends, rivals, lovers, and collaborators – some of whom have never before spoken about their relationship with Bowie – this oral history is an intimate portrait of a remarkable rise to stardom and one of the most fascinating lives of our time.
Profoundly shaped by his relationship with his schizophrenic half-brother Terry, Bowie was a man of intense relationships that often came to abrupt ends. He was a social creature, equally comfortable partying with John Lennon and dining with Frank Sinatra, and in Dylan Jones’s telling – by turns insightful and salacious – we see as intimate a portrait as could possibly be drawn. Including illuminating, never-before-seen material from Bowie himself, drawn from a series of Jones’s interviews with him across three decades, DAVID BOWIE is an epic, unforgettable cocktail-party conversation about a man whose enigmatic shapeshifting and irrepressible creativity produced one of the most sprawling, fascinating lives of our time. 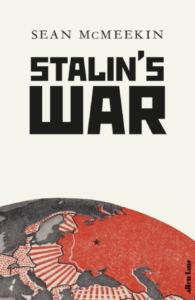 In this remarkable, ground-breaking new book Sean McMeekin marks a generational shift in our view of Stalin as an ally in the Second World War. Stalin’s only difference from Hitler, he argues, was that he was a successful murderous predator. With Hitler dead and the Third Reich in ruins, Stalin created an immense new Communist empire. Among his holdings were Czechoslovakia and Poland, the fates of which had first set the West against the Nazis and, of course, China and North Korea, the ramifications of which we still live with today.

Until Barbarossa wrought a public relations miracle, turning him into a plucky ally of the West, Stalin had murdered millions, subverted every norm of international behaviour, invaded as many countries as Hitler had, and taken great swathes of territory he would continue to keep. In the larger sense the global conflict grew out of not only German and Japanese aggression but Stalin’s manoeuvrings, orchestrated to provoke wars of attrition between the capitalist powers in Europe and in Asia. Throughout the war Stalin chose to do only what would benefit his own regime, not even aiding in the effort against Japan until the conflict’s last weeks. Above all, Stalin’s War uncovers the shocking details of how the US government (to the detriment of itself and its other allies) fuelled Stalin’s war machine, blindly agreeing to every Soviet demand, right down to agents supplying details of the atomic bomb. 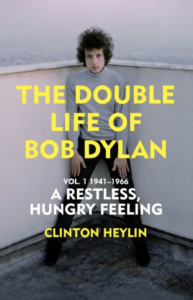 In 2016 it was announced that Bob Dylan had sold his personal archive to the George Kaiser Foundation in Tulsa, Oklahoma, reportedly for $22 million. As the boxes started to arrive, the Foundation asked Clinton Heylin – author of the acclaimed Bob Dylan: Behind the Shades and ‘perhaps the world’s authority on all things Dylan’ (Rolling Stone) – to assess the material they had been given. What he found in Tulsa – as well as what he gleaned from other papers he had recently been given access to by Sony and the Dylan office – so changed his understanding of the artist, especially of his creative process, that he became convinced that a whole new biography was needed. It turns out that much of what previous biographers – Dylan himself included – have said is wrong; often as not, a case of, Print the Legend.

With fresh and revealing information on every page A Restless, Hungry Feeling tells the story of Dylan’s meteoric rise to fame: his arrival in early 1961 in New York, where he is embraced by the folk scene; his elevation to spokesman of a generation whose protest songs provide the soundtrack for the burgeoning Civil Rights movement; his alleged betrayal when he ‘goes electric’ at Newport in 1965; his subsequent controversial world tour with a rock ‘n’ roll band; and the recording of his three undisputed electric masterpieces: Bringing it All Back Home, Highway 61 Revisited and Blonde on Blonde. At the peak of his fame in July 1966 he reportedly crashes his motorbike in Woodstock, upstate New York, and disappears from public view. When he re-emerges, he looks different, his voice sounds different, his songs are different. That other story will be told in Volume 2, to be published in autumn 2022.
Clinton Heylin’s meticulously researched, all-encompassing and consistently revelatory account of these fascinating early years is the closest we will ever get to a definitive life of an artist who has been the lodestar of popular culture for six decades. 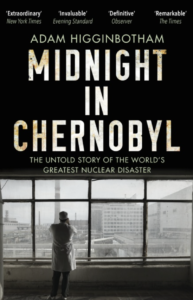 THE UNTOLD STORY OF THE WORLD’S GREATEST NUCLEAR DISASTER

The story of Chernobyl is more complex, more human, and more terrifying than the Soviet myth. Adam Higginbotham has written a harrowing and compelling narrative which brings the 1986 disaster to life through the eyes of the men and women who witnessed it first-hand. Drawing on hundreds of hours of interviews conducted over the course of more than ten years, as well as letters, unpublished memoirs, and documents from recently-declassified archives, this book makes for a masterful non-fiction thriller.
Chernobyl has become lodged in the collective nightmares of the world: shorthand for the spectral horrors of radiation poisoning, for a dangerous technology slipping its leash, for ecological fragility, and for what can happen when a dishonest and careless state endangers not only its own citizens, but all of humanity. It is a story that has long remained in dispute, clouded from the beginning in secrecy, propaganda, and misinformation.

Midnight In Chernobyl is an indelible portrait of history’s worst nuclear disaster, of human resilience and ingenuity and the lessons learned when mankind seeks to bend the natural world to his will – lessons which, in the face of climate change and other threats – remain not just vital but necessary.
Now, Higginbotham brings us closer to the truth behind this colossal tragedy.

JABS, JOBS, AND JACKASSES – The few successes and many failures of the EU Covid vaccination programme

COCAINE AND CASTANETS – Spain’s rôle in the international drugs trade

20,000 TONNES UNDER THE SEA – The growing use of submarines in drugs trafficking