The International Federation of Journalists has published the most comprehensive report on journalists and media staff killed in work-related incidents around the world during 2021.

The annual report, in its 31th edition, details the circumstances of the 47 killings which occurred during targeted attacks, bombings and cross–fire incidents as well as 2 accidental killings.

This is the fifth lowest death toll since the IFJ began publishing annual reports on journalists’ killings in 1990 and brings the total to 2725 journalists and media workers who lost their lives to violence in the world since then. 2021 registered 18 fewer killings than in the previous year (65).

Despite this decrease, 2021 was also a year in which threats against journalists and media freedom witnessed a significant increase. The IFJ registered record numbers of journalists in detention, with 365 behind bars because of their reporting, a considerable increase from 235 recorded last year. This onslaught on press freedom has had a chilling effect on media.

Commonly, journalists have been arrested and accused of wrongdoing for simply covering protests or trying to report on the coronavirus crisis, both of which are issues of significant public interest. 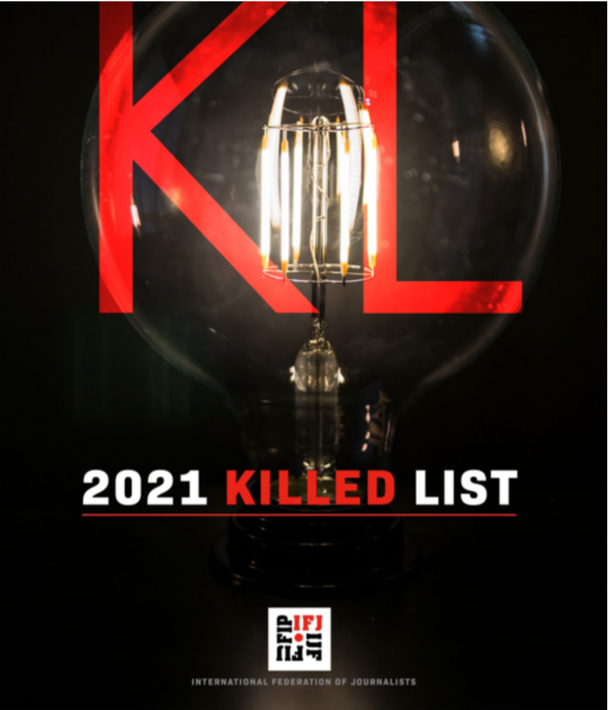 In 2021, we also discovered a threat to press freedom in the form of Pegasus, the spying software for surveillance through mobile telephones which was used to target journalists among others. With its ability to eavesdrop on telephone conversations, access contacts and emails without raising a single suspicion from the owner, Pegasus has shattered the safety of most handheld devices. The confidentiality of sources and the privacy of personal communications of journalists can no longer be taken for granted.

The IFJ also condemns the online harassment of women journalists around the world and calls on newsrooms, online platforms and governments to take action to put in place sustainable solutions to eradicate this scourge. 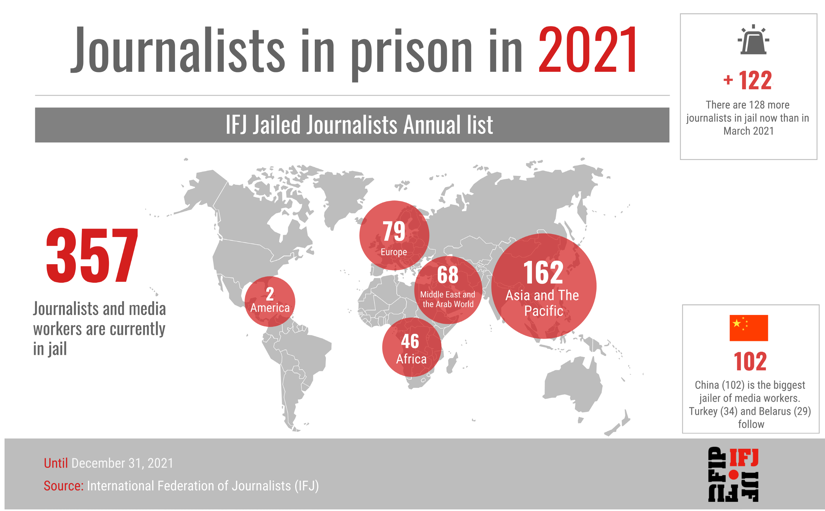 In 2021, the IFJ’s International Safety Fund continued to help journalists and media staff and their family members from the four corners of the globe to meet multiple needs.

The IFJ International Safety Fund paid over 90.000 Euros in relief to help them relocate to safety, receive medical treatment or pay for legal assistance. The Safety Fund provided support in 2021 in:

The IFJ represents more than 600,000 journalists in 146 countries