Rosia Montana which operated from 1971 until 2006 © Gabrielresources

The recent decision to place Rosia Montana in Romania under UNESCO protection, brought the subject to public attention once again. The ancient gold mining complex in Transylvania was added to the UNESCO World Heritage List and the List of World Heritage in Danger.

Why these fierce discussions? First of all, it is because this place is no ordinary one, nor one without a complicated legal and moral story. The decision put practically an end to any chances of resuming mining activities in the area.

Rosia Montana is a community of sixteen villages located in a district known as the Golden Quadrilateral. It is located in the idyllic Apuseni Mountains in western Romania and is – as UNESCO has stated, arguing its decision – ‘the most significant, extensive and technically diverse underground Roman gold mining complex known today’. Over 166 years, beginning in 106 AD (when Roman Emperor Trajan and his army defeated the local citizens and annexed Dacia to the Roman Empire (author’s note), Romans extracted some 500 tons of gold from the site, developing highly engineered works, different types of galleries and waterwheels (Source: www.unesco.org ).

Rosia Montana was a significant source of gold in the Roman Empire, with some researchers suggesting that it was an extension of previous Bronze Age mining in the area. They also suppose that most Roman golden artifacts across Europe could have been crafted from Transylvanian gold, as the region was an important source of gold in Europe, as early as the 3rd millennium BC.

What attracted the historians and archeologists most to Rosia Montana was the fact that the mining site combined Roman advanced mining systems with locally developed techniques, unknown elsewhere in those ancient times. The mining activities in the region continued throughout the Middle Ages until more contemporary times. The Golden Quadrilateral has been one of Europe’s most prolific mining districts for over 2000 years..

More than 15,000 artifacts, necropolis and Roman graves were discovered during extensive archeological research. They all offered a pretty good idea about the usual life in those times and gave precious information about the community structures which supported the excavating activity.

The whole region went into oblivion for a long time until 1997, when the name resurfaced in public discussions. Rosia Montana Gold Corporation (RMGC), a company established in 1997, with the participation of the Romanian state-owned mining company Minvest Rosia Montana SA (with 19, 31%) and Gabriel Resources, a Canadian company, listed at the Toronto Stock Exchange, (with 80, 69 %). RMGC was planning to develop, in its own words, ‘the most modern mine in Romania’ (www.rmgc.ro). In 1997, the corporation obtained a 20-year concession for gold mining at Rosia Montana.

The initial plans were to invest 1.7 billion USD into the project, which naturally attracted a lot of attention, but consequently also a lot of debate and controversy.

Between 1997 and 2002 the newly formed company conducted geological explorations to determine the actual quantity of existing gold and silver resources. The explorations led to the conclusion that the site is one of the richest in Europe, with an estimated 17.1 million ounces of gold and 81.1 million ounces of silver. In a list of the top 50 untapped gold reserves in the world, Rosia Montana ranks 17th.

After such important discoveries, it is self-evident that the interests in the region would be high. In 1999, Rosia Montana Gold Corporation obtained the license for exploration. So, theoretically at least, the road was clear

Initially, the project brought hope for a better life in the area around Rosia Montana; lower unemployment rates and higher living standards for the locals, better infrastructure and much more. Those were in fact major arguments of the supporters of the mining project, claiming that the activity would bring around 5.3 billion USD into the Romanian economy and a much needed revival of the region. Although Romania is a country with rich mineral resources, with gold and silver reserves estimated at about 760 tons, Romanian gold hasn’t been extracted in a long time in the area, because of the outdated technologies and high production costs.

Also, in an attempt to win over the public, RMGC stated that it has actively supported the local community, funded numerous projects, opened up for public discussions and was fully transparent about the entire technological process. The company claims that, due to the blockage in its activities, it was forced to lay off over 80% of its hired workforce of about 400 Romanian employees.

On the other hand, environmental activists and NGOs mobilised against the much talked about and often politicised mining project. Large protests attracted the public’s attention and attracted more and more supporters.

The main themes addressed by the protesters and opponents of the Rosia Montana project were that the extensive mining activities would destroy four mountain tops in the area, would wipe out three villages, forcing many residents to relocate, and also would endanger the area’s unique and ancient archeological treasures.

It should also be mentioned that the technologies used in the whole process came into question as well. The project involved extensive usage of cyanide in order to separate the gold from the crushed rocks, thus creating a large reservoir full of water contaminated with cyanide.

In response, Rosia Montana Gold Corporation declared that ’today, 90% of the gold extracted worldwide is obtained through the same technology’, from Canada or the USA to New Zealand, Spain and Sweden. RMGC also pledged to fully support the entire costs related to the rehabilitation and closure of the mine, in due course. They said that each year, they will deposit the entire amount of money estimated for environmental rehabilitation and long-term monitoring, in a specifically established account, accessed exclusively by the competent governmental authorities.

However, an accident occurred in 2000 at another Romanian mine near Baia Mare. Here, huge quantities of contaminated water were accidentally spilled into a nearby river that eventually reached the Danube, causing the death of tons of fish and other creatures. This only served to amplify the opposition to the proposed technological solutions and consequently to the entire project.

In 2010, the European Parliament proposed banning the use of cyanide in mining across the European Union. However, due to lack of solid evidence, the European Commission decided against it and the law did not pass.

Under immense pressure from public opinion, environmental protesters, as well as diverging political views, Rosia Montana Gold Corporation never received the final permits to start activity. The next step was the complete withdrawal of the Romanian government from the project. And in December 2016, it completed the necessary documents for the inclusion of Rosia Montana area in the UNESCO World Heritage List. This action was intended to put the area under UNESCO protection, and to focus international attention so as to boost local tourism and bring an end to any future mining plans.

Rosia Montana was once again on the public agenda and important publications wrote about this complicated subject. In 2018, the distinguished National Geographic magazine published an article entitled ‘In Transylvania, a fierce battle over Gold and Roman History’. In the article, author Douglas Main wrote that the region contained ‘the world’s largest and most important, intact Roman mining tunnels’, thus supporting the decision to list it at UNESCO.

But also in 2018, Romania, in a highly unusual move, halted the UNESCO proceedings, claiming that a UNESCO listing might affect an ongoing lawsuit with the Canadian company. Rosia Montana Gold Corporation had sued the Romanian state in 2015 claiming several billion US dollars over an alleged breach of contract and unreturned VAT taxes. Gabriel Resources filed a second lawsuit a few years later, requesting arbitration before the World Bank’s International Center for Settlement of Investment Disputes in Washington (ICSID) against Romania. The lawsuits are still ongoing in 2021, with no anticipated clear outcome.

In 2020, under a new Romanian administration, the UNESCO documents were reintroduced. 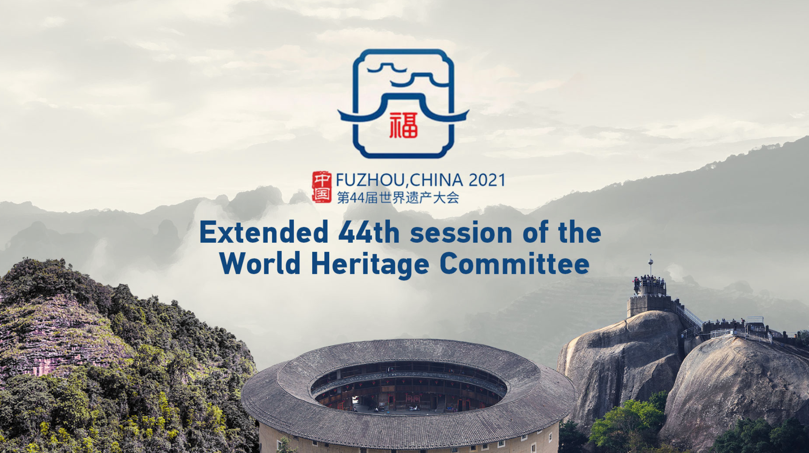 2021 brought the final favourable decision. Rosia Montana became part of the UNESCO World Heritage List on July 27th 2021. This decision, taken by consensus by the World Heritage Committee at its 44th extended session in Fouzhou, China, was saluted by Romanian and international public opinion, as well as by high officials.

Romanian president, Klaus Johannis, said: ‘I salute the inclusion of the cultural mining landscape of Rosia Montana in the world heritage list.’ He also added later on Facebook : ‘It should become a model for enhancing the value of heritage through the sustainable development of the area’.

Romania’s ambassador to UNESCO, Simona Miculescu, declared on that day: ‘as we anticipated, we have a double celebration today! The Rosia Montana mining landscape was included today on the World Heritage List, as well as in the List of World Heritage in Danger, precisely on the day when Romania celebrates 65 years since joining UNESCO! Wonderful coincidence!’

One of the supporting political parties also posted: ‘It is the victory of all who, through their civic involvement, have saved one of the most treasured history of Romanians.’ (USR PLUS)

The National Heritage Institute (INP) also cheered at the good news, stating : ‘an idea that has grown and endured in the last two decades – thanks to the national and international scientific community, expert institutions, the local community and the civil society gathered around it and brought by Romania to UNESCO’s attention – receives top validation today’ and added that Rosia Montana has also been added to the List of World Heritage in Danger, ‘thus having both its vulnerability and the need for urgent protection measures recognised.’

INP mentioned that ‘international cooperation is encouraged and it is recommendable to invite to Rosia Montana a technical reactive monitoring mission to determine the optimal state of conservation and a program of measures’.

Mihai Weber, chairman of the Joint Standing Committee of the Chamber of Deputies and the Senate on UNESCO, pointed out that ‘the local administrations, together with officials of the relevant ministries have a mission, more than ever before, to solve some of the problems that still exist at Rosia Montana’.

A victory was won but the battle is still on…

The future will tell which actions were right, what the legal consequences of these actions will be or how they will affect peoples’ lives in the region. What is certain though is that a beautiful Romanian natural area and thousands of years of history will be better preserved and protected, above economic or temporal political interests.

After all… history is gold!

THE ROAD TO HELL IS PAVED WITH GOOD INTENTIONS

WHO’S NEXT? – Are any of the EU’s dissatisfied members considering an exit strategy?